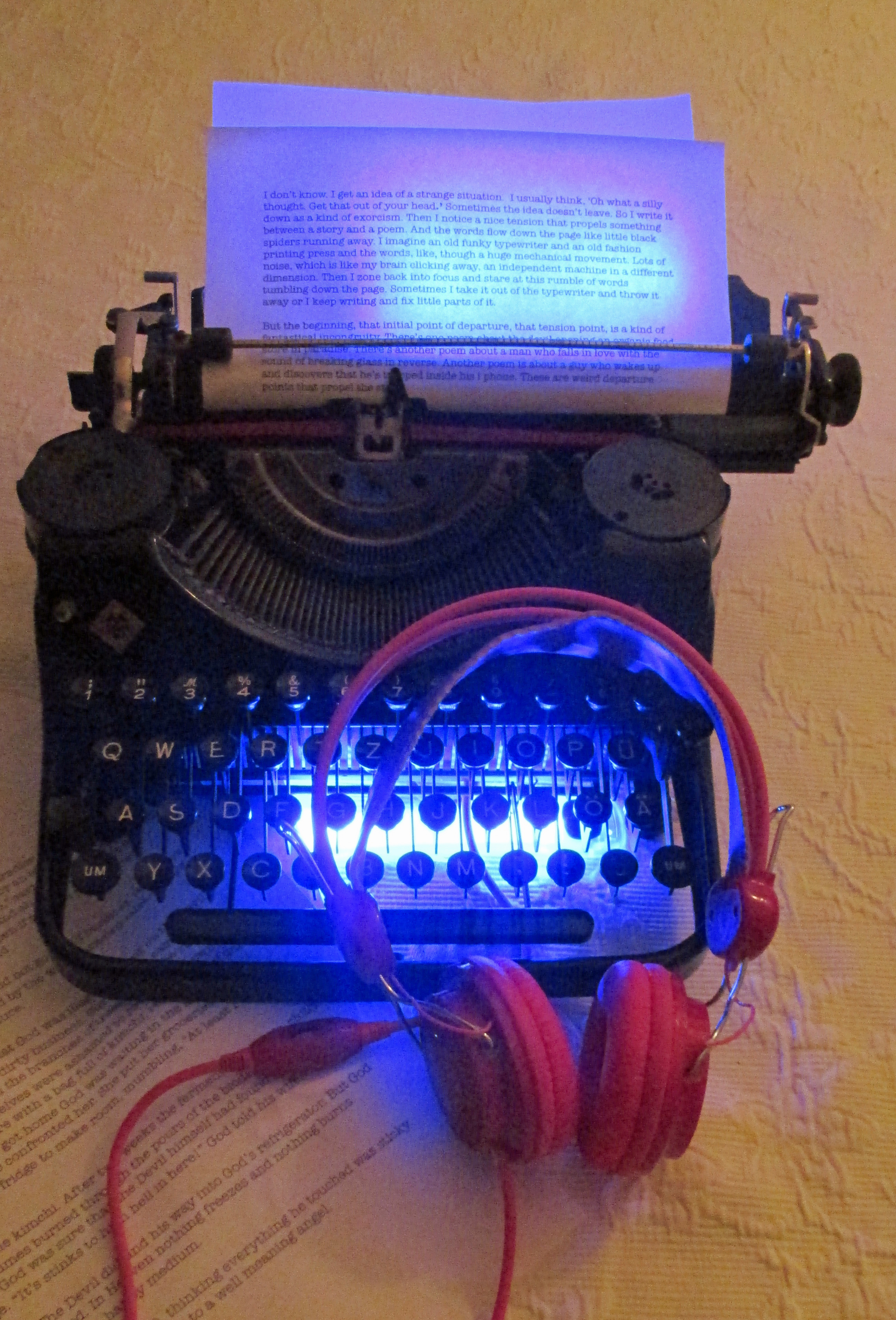 Please click on the Inside and Outside Webern, Pieere Boulez Saal commission to learn about Brody’s the latest sound installation.

Brody’s first major sound installation was featured at the Jewish Museum Berlin’s 2011 Heimatkunde (local history) Exhibit. Five Easy Pieces explored the notion of home by asking people who live in Berlin to describe how they view themselves in relation to their adopted city. The installation includes Swiss filmmaker Dani Levy, Afro-German writer Katharina Oguntoy, Indian curator Mini Kapur, teachers Anna and Helmut Franz, and Brody himself. While the Berliners describe their place in Berlin, their voice-melodies reveal much about where they come from and their emotional state. The museum built a surround sound room to display the exhibit.

Brody’s Art Accompanying Noise (2016) for the Prinz-Georg Art Space is a pivotal work, exploring the narrative quality of sounds that artists make while they work. The materials and tools an artist uses to create a picture or a sculpture all create a soundscape. For example, the sound of glass being chipped and wood being cut. Even the sound of paint smeared on canvas has a particular acoustic quality, revealing the work process, a kind of narrative. These sounds are recorded, along with the artist talking about his or her inspiration for the piece being made. The recorded sounds and the voice of the artist are used to create a musical sound installation displayed in a container for the artist’s work. The artwork itself is secondary to the sounds used for the installation, therefore the by-product of the noise becomes the subject of focus, while the finished objects of art are secondary.

Talking Melody-Singing Story (2016) was done as Brody’s Artist-in-Residence project for the Munich Kammerspiele. The piece is based on an opera’s two main components, the aria and the recitative. For Talking-Melody, Brody recorded singers recalling the moment they discovered that their voices were special. The stories are used to create arias based off the voice-melodies of the singers. For Singing-Story Brody recorded people in three different cities describing what opera is to them. The answers were accompanied by a recitative accompaniment, and the interviews include vocal stars Anna Prohaska, Laurent Naouri and Lorin Sklamberg. A mini opera house was built to contain the installation. The Süddeutsche Zeitung writes:

— Süddeutsche Zeitung July 8th 2016. online
Voices of Help (2016-2017) was a three-room documentary sound installation at the Youth Museum Berlin. The piece explored concepts of help through interviews with community and social workers around Berlin’s so-called Rote Insel, or Red Island, an erstwhile socialist stronghold in Schöneberg. The recording of each voice received an instrument that brought out the personal qualities of the interviewees. The first room was dedicated to hearing the stories of how helpers began; the second explored the tools of professional social workers through collected narratives; the third investigated those expanding the system of help, mostly by volunteering to help refugees in ways meaningful to the helpers themselves. The exhibit was inspired by a Studs Terkel-like curiosity about the neighborhood—where Brody lives—the knowledge that help is not as prominent in American culture as it is in Germany, and by the people who had helped Brody’s mother decades before when she escaped Nazi Vienna on a Kindertransport (Children’s train) at age 13.